When we first moved to the UK, I was quite tickled (and somewhat confused) by the term “pud.” After giving quizzical looks to many a server who asked “any pud this evening?” following our main course, I finally figured out that “pud” was short for “pudding,” and Brits use the term to refer to all desserts. Confusingly, pudding also refers to a sweet or savory dish that is boiled or steamed inside of a cloth or animal intestine – examples include spotted dick which is a steamed cake dotted with dried fruit (it’s a pudding in both senses of the word) or black pudding, a type of blood sausage. My very favorite British “pud” is Sticky Toffee Pudding – a delicious date cake served with a rich caramel sauce.

How to Make Sticky Toffee Pudding

Traditionally, this decadent dessert was steamed, but my favorite recipe for it is baked, which makes it a little more accessible to the average home cook. The base recipe is similar to a typical yellow cake with a few key additions – molasses (known in the UK as black treacle) and dates that have been soaked in boiling water and then mashed with a fork. If you’re not a big date fan, don’t let them scare you off from making Sticky Toffee Pudding, they melt right into the cake and you can’t even tell that they are there (don’t even think about skipping them, they make the cake super moist). While the cake is baking, you make a super simple, booze spiked caramel sauce. Once the cake comes out of the oven, pour half the sauce on the cake and save the rest for serving. Sticky toffee pudding is best served warm with a scoop of vanilla ice cream or a dollop of whipped cream. 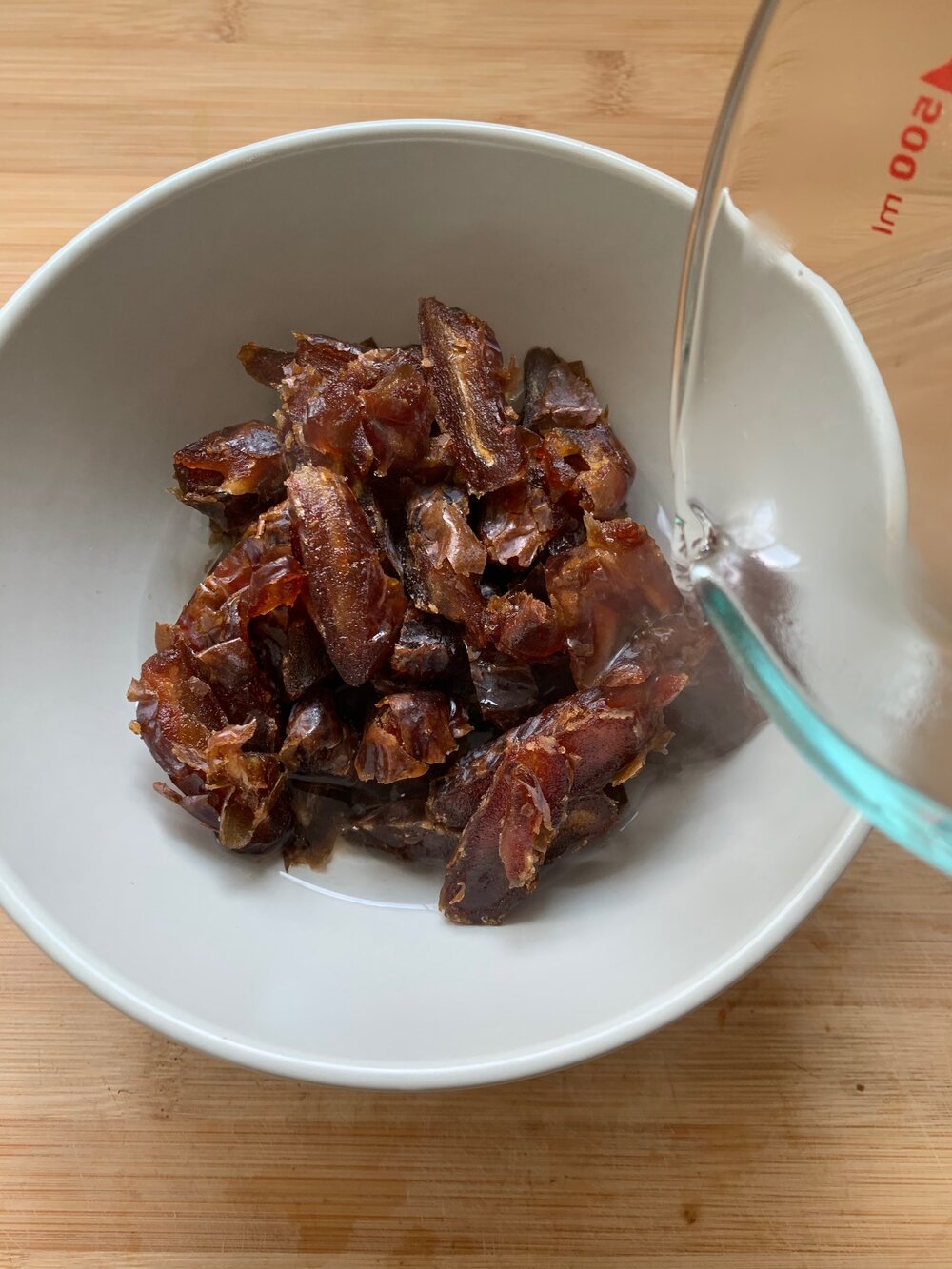 Dates are a key ingredient in sticky toffee pudding 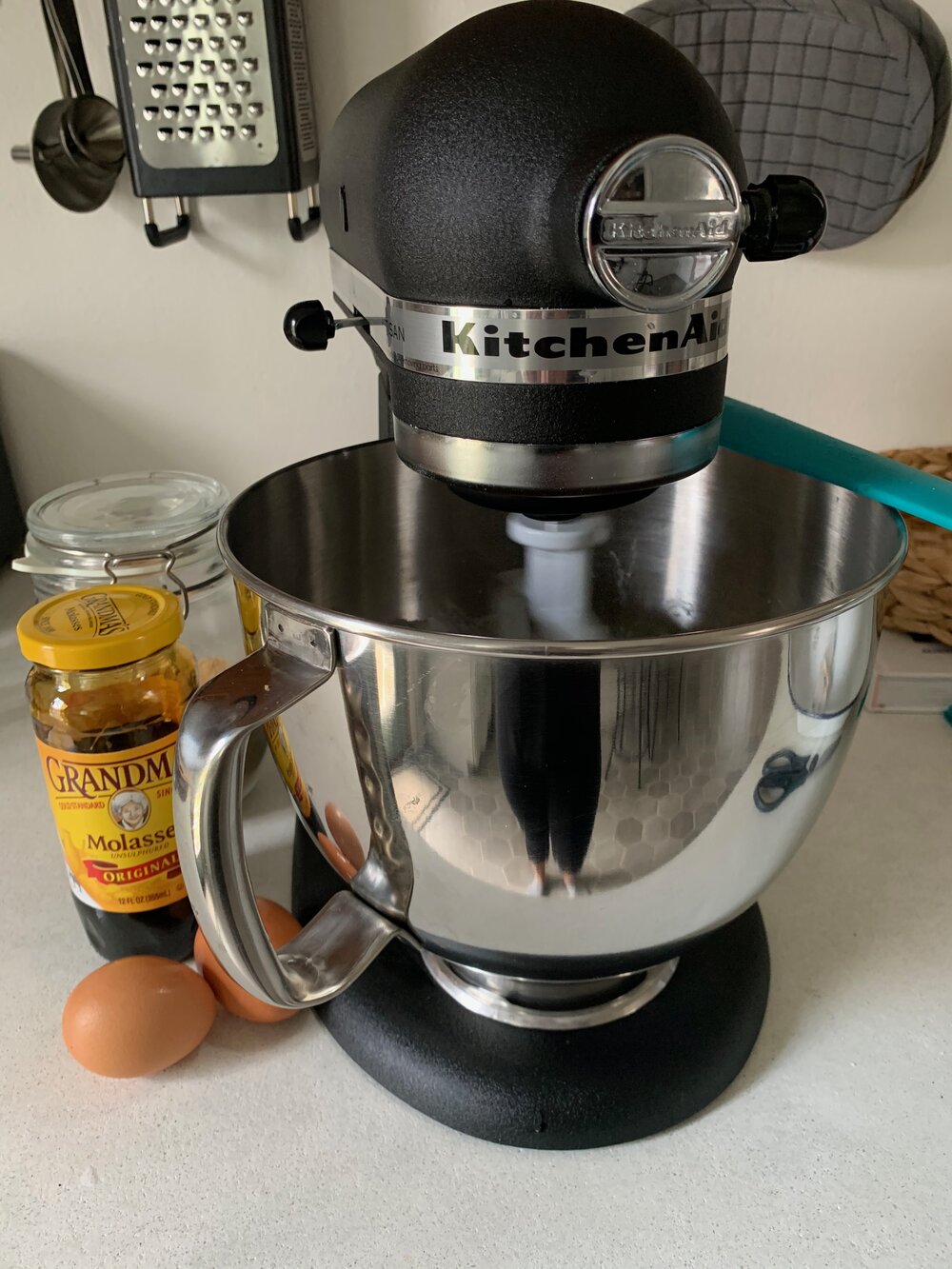 The simple batter can be made in a stand mixer or with a handheld electric mixer. 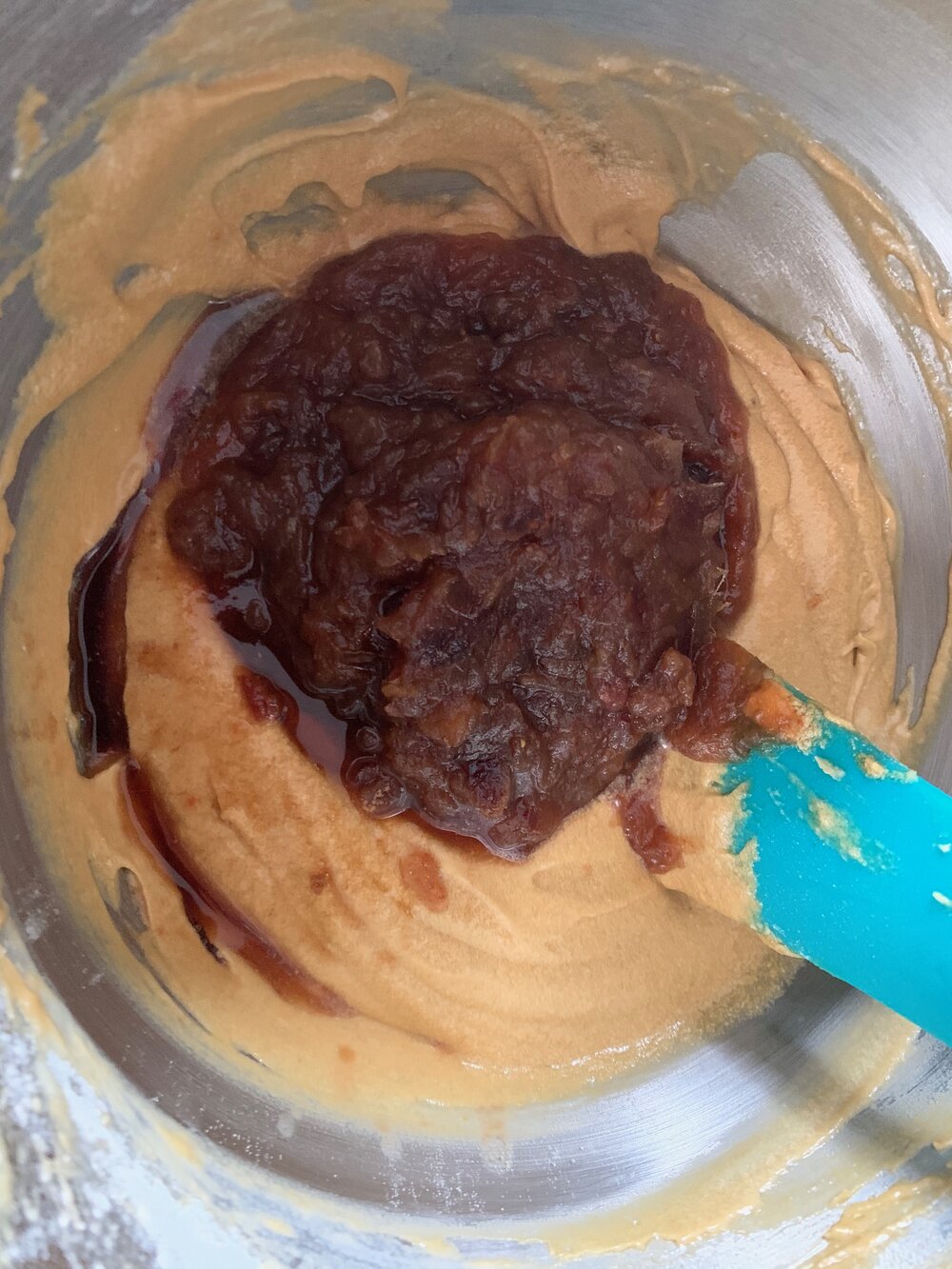 Once they’ve been soaked and mashed, the dates melt right into the cake. They provide richness and spice notes…but you won’t even know they’re there. 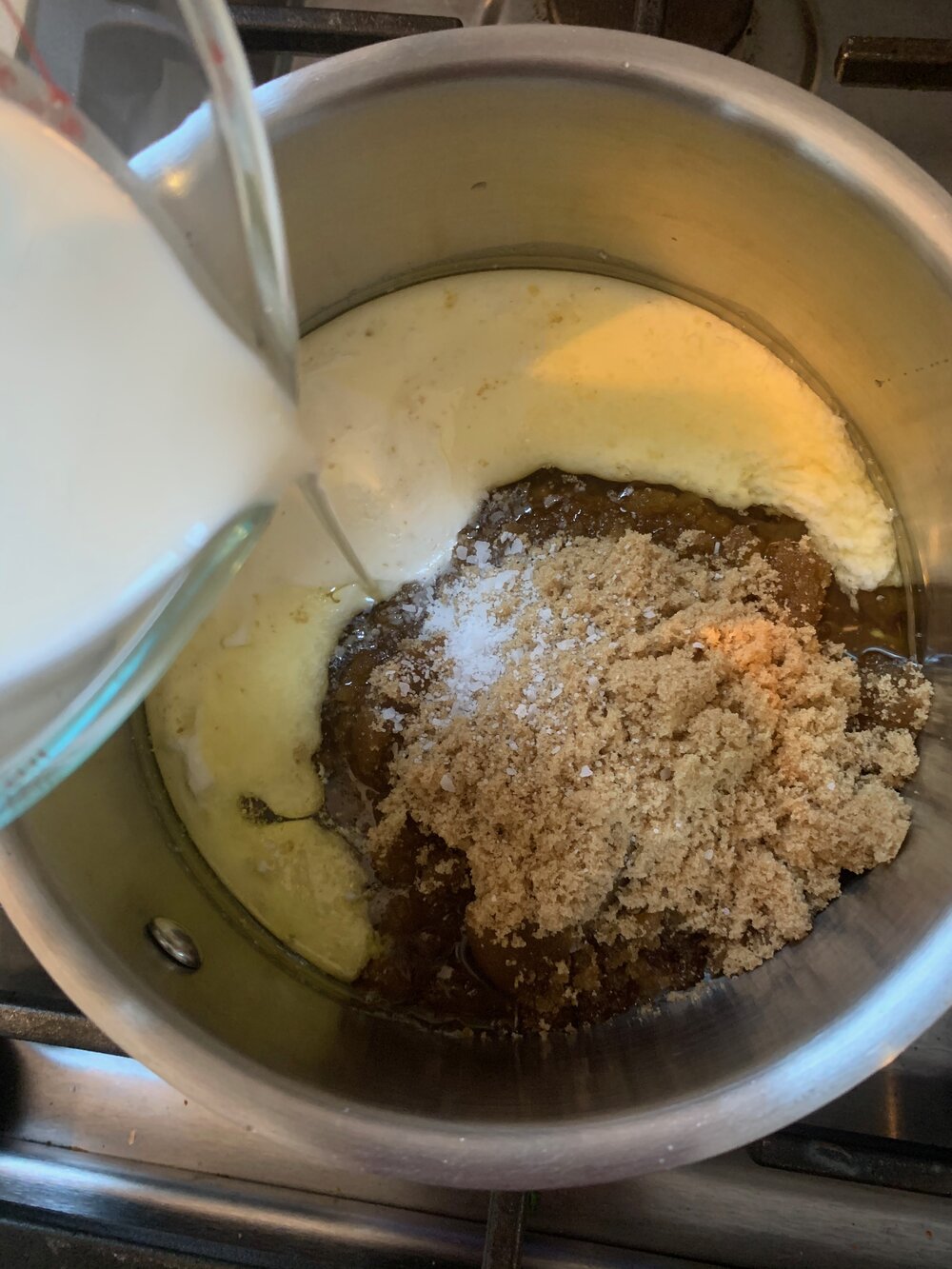 The toffee sauce is simple and delicious 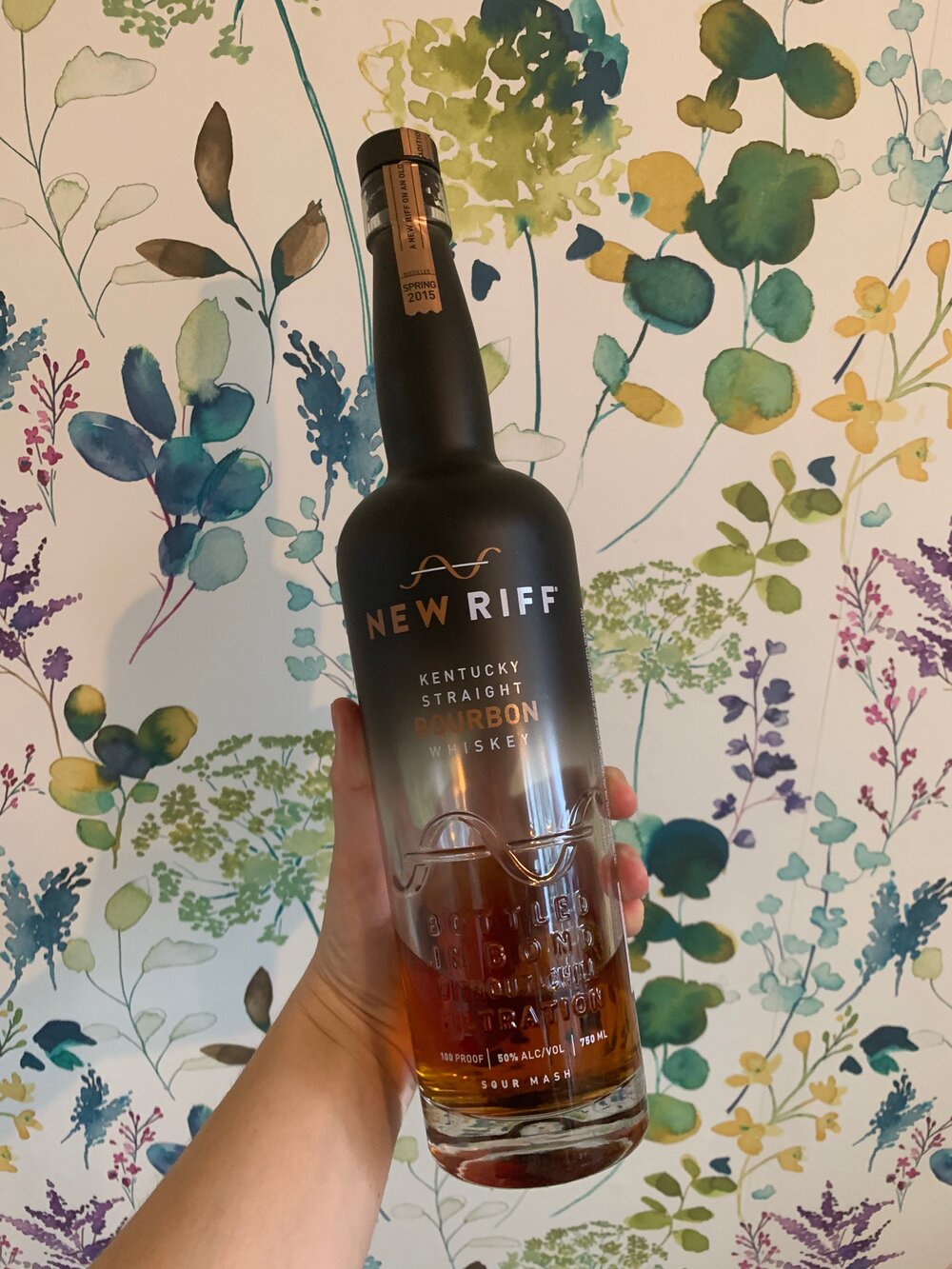 During these uncertain times, I can’t think of a more comforting, delicious, dessert (pud!) to make and enjoy while you’re social distancing. If you’re feeling a little cooped up at home, perhaps this will give you a little taste of traveling to the UK without leaving your kitchen. If you’re reading this in the future, know that this can be shared with friends…but you may not want to because it’s so darn tasty!

What to Drink with Sticky Toffee Pudding

Because it’s quite sweet, sticky toffee pudding pairs with most wine and beer about as well as toothpaste pairs with orange juice. If I were you, I’d finish your drink before indulging in the pudding…and then maybe after you’re finished, have a wee dram of a single malt whisky from Scotland.

For the Toffee Sauce

Put dates and boiling water in a bowl and set aside.

While the dates are soaking, cream six tablespoons butter and ¾ cup brown sugar until light and fluffy. Beat in eggs one at a time, followed by the molasses. In a separate bowl, stir together flour, baking powder, baking soda, and salt. Fold in the 1/3 of the flour mixture into the butter mixture, then 1/3 of the milk. Repeat until all the flour and milk are gone.

Use a fork to mash the soaked dates into a pulp and stir in vanilla. Add the dates with their liquid to the batter and stir to combine. Bake in prepared dish for 50 minutes, or until the cake has risen and the center is firm to the touch.

While the cake is baking, make the toffee sauce. Melt ½ cup butter in a medium heavy-bottom saucepan over medium heat. Stir in brown 1 cup brown sugar, 1 ½ tsp salt, and half of the cream. Once the sugar has dissolved and the mixture is bubbling, stir in the molasses and continue cooking until the mixture has a rich golden color and smells like caramel (3-4 minutes). Take the pan off the heat and stir in a glug of your liquor of choice and the rest of the cream. Keep warm.

Once the cake has finished baking, remove from oven and cool for 15 minutes or so. Skewer the cake all over with a toothpick, then pour half of the toffee sauce over top of the cake. Allow it to sit for a few minutes to absorb the sauce. Serve while still warm with the remaining sauce (I like to put it in a little pitcher on the side so that people can add as much or as little as they’d like) and vanilla ice cream or whipped cream.

Remember that we are always available to you and your friends and family to help you dream about travel to Europe, and create amazing trip plans when it’s safe to travel. We are here for your custom trip planning to Italy, France, Ireland, the UK and all of Europe. We are experts in creating custom travel itineraries and leading small group trips to European destinations. We also book European cruises! Feel free to reach out via email — We’re always available to talk about travel!

Chelsea is one third of the Euro Travel Coach team (and is the daughter of the other two thirds of the team, Greg and Betsy). She has a passion for food and wine and has a background in hospitality. She attended Cornell University’s School of Hotel Administration and interned with two of New York City’s best restaurant groups while she was in school. After graduation she worked at the number one wine auction house in the United States, Chicago’s Hart Davis Hart Wine Co. There, she organized various wine centric events for HDH’s most valuable clients. She and her husband moved to Copenhagen, Denmark in 2016 and then to Bristol, UK in 2018 and have traveled extensively during their time living in Europe. Her expertise in food and wine and her experience living abroad helps her to find amazing accommodations, delicious restaurants, and unique experiences for Euro Travel Coach clients.

Thank you for subscribing!